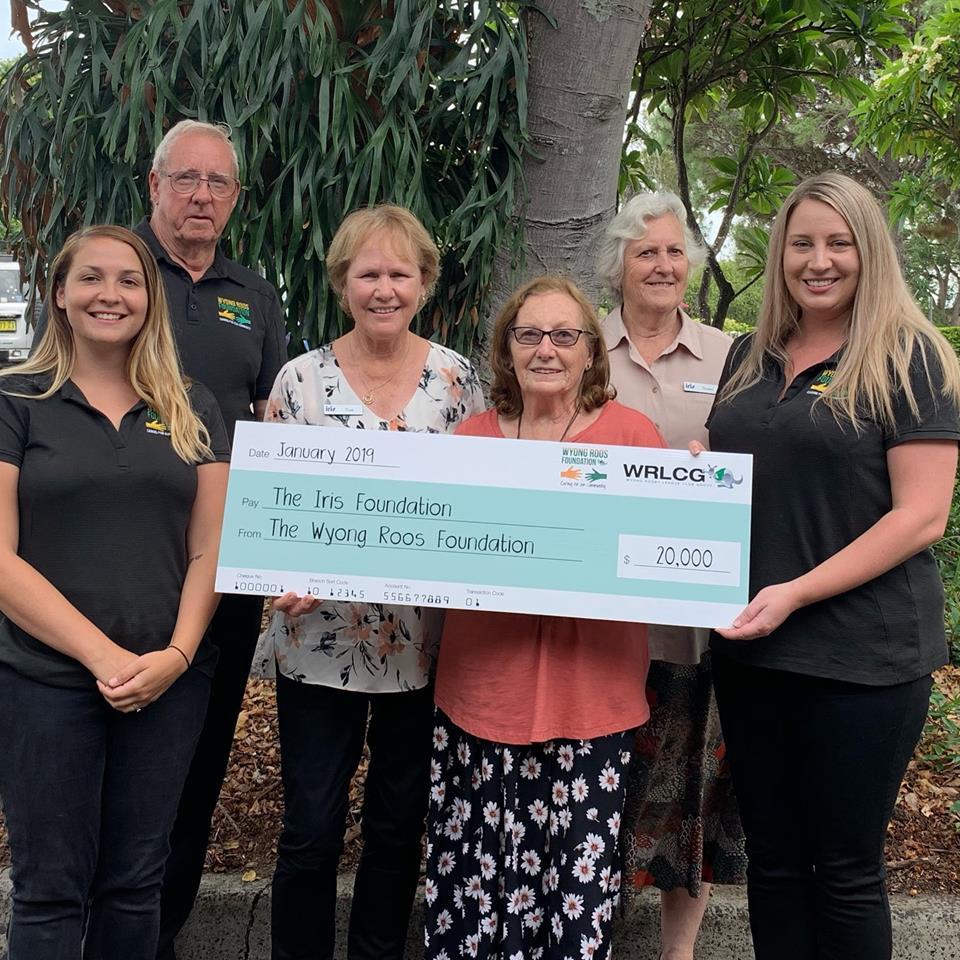 Wyong Roos Foundation has made a generous contribution towards Iris Foundation’s programs to reduce the risk of suicide for the second consecutive year.

A cheque for $20,000 was presented at a lunch gathering on January 29, recognising the local charities the Foundation has chosen to support.

The money received will directly fund the roll-out of Cool Connections program in local primary schools, as well as this year’s Tree of Dreams awareness campaign.

Iris Foundation board and staff would like to thank the Wyong Roos Foundation for its continued support.