The Debbie Gaunt Foundation was created to build awareness about perimenopause, an often-challenging life event that can have devastating impacts on a woman’s physical and mental health.

Perimenopause is a transition that women are expected to manage independently and in private – perhaps one reason it is poorly understood in the community. Medical research into complications of perimenopause is also surprisingly scant.

Founder Craig Gaunt became aware of this knowledge gap after losing his wife Debbie to suicide in 2019. A much-loved wife, mother, friend and colleague, Debbie became severely mentally unwell shortly before her death, an episode that has since been partially attributed to the hormonal effects of perimenopause.

As they farewelled Debbie, the Gaunt family made a promise.

On behalf of:
Every life that has been lost
Every family that has been torn apart
Every woman who has suffered thinking it’s her fault
Every child who’s watched their mother change into a different person
If this sickness or disease is listening, if you can hear us – you’ve picked the wrong person. Because we are coming to get you.

To honour Debbie, the Gaunt family works to fund projects that aim to illuminate and better understand the mental health impacts of perimenopause.

The Gaunt family’s first significant contribution was to donate $20,000 to the Monash Alfred Psychiatric Research Centre in Melbourne, towards development of a comprehensive online course for doctors about women’s health.

Another milestome was reached in mid-2021, when the Debbie Gaunt Foundation raised a further $24,500 to assist finalisation of the midlife module of this course. The  module addresses perimenopausal depression, menopause and hormone replacement therapy, complex trauma disorder in perimenopause and family violence.

The Foundation is willing to partner with medical professionals, community organisations and other stakeholders to improve understanding and effective management of perimenopause and its disruptive effects. 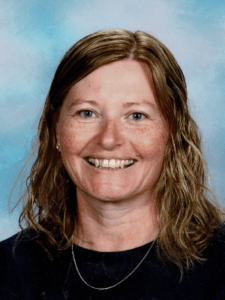 Perimenopause is a transitional time during which a woman’s body prepares for the end of their reproductive years. It typically occurs in midlife, though some women notice changes as early as their 30s. Common indicators of perimenopause include:

A woman who has not menstruated for 12 consecutive months is said to have reached menopause.

According to the Australian Bureau of Statistics, the highest rate of suicide amongst women in 2018 was the 40-44 age group, followed by the 50-54 age range.

The hormonal shifts of perimenopause should be considered among the risk factors for suicide amongst middle-aged women, alongside social factors such as divorce and relationship breakdown, impending retirement, financial instability and family responsibilities.

Perimenopause can exacerbate the symptoms of existing mood disorders such as anxiety and depression or cause previous illness to recur. Perimenopausal depression can also affect women with no history of poor mental health.

As in pregnancy and following childbirth, the enormous hormonal shifts experienced during perimenopause can trigger psychosis in some women.

Where to find support

Though research specifically addressing the mental-health effects of perimenopause is limited, comprehensive general information and support can be found at sites including:

The Australasian Menopause Society is an organisation made up of doctors and other health professionals with a particular interested in menopause and its impacts. Among its useful resources is a list of doctors that can offer women specialised support.

If you are concerned about how perimenopause is impacting you or someone you love, consulting your general practitioner is an important step toward finding appropriate support.

The Debbie Gaunt Foundation is auspiced by Iris Foundation and supports its efforts to reduce the risk of suicide on the NSW Central Coast.